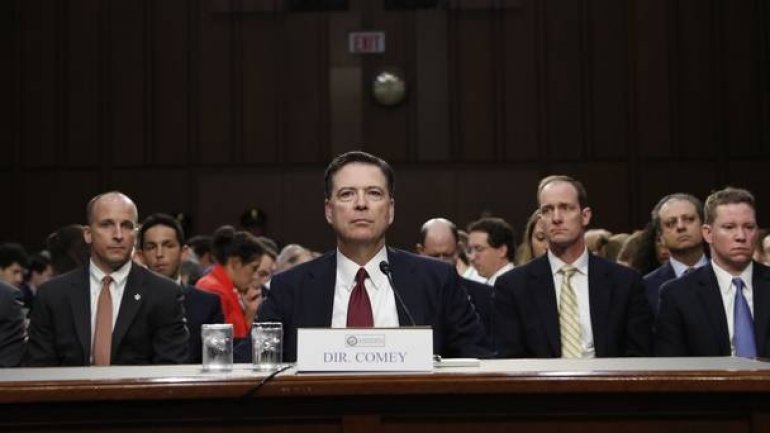 In his opening remarks today to the Senate Select Committee on Intelligence, former FBI Director James Comey accused President Trump’s administration of working to "defame" him and the FBI, and telling "lies" to the American people, ABC News reports.

“Although the law requires no reason at all to fire an FBI director the administration then chose to defame me and more importantly the FBI by saying that the organization was in disarray, that it was poorly led, that the work force had lost confidence in its leader,” Comey said.

Comey, whom the president fired last month, chose not to repeat the statement he submitted to the committee, which was released Wednesday.

It describes a series of uncomfortable interactions with Trump, in which he says the president requested his loyalty and pressed him to drop the investigation into former national security adviser Michael Flynn.
AFLĂ imediat Știrile Publika.MD. Intră pe Telegram