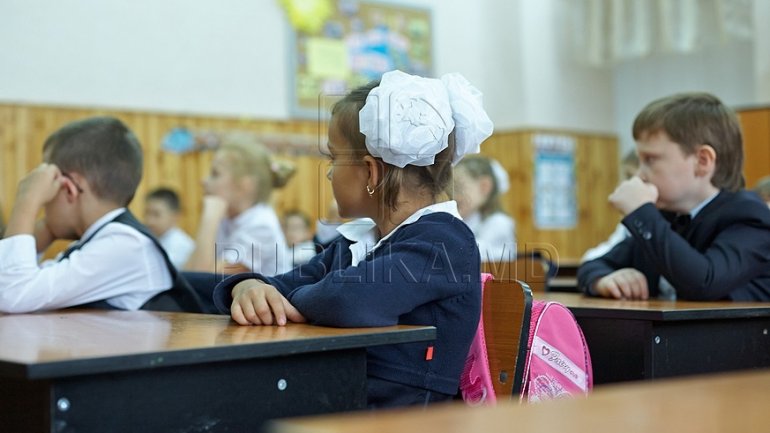 The administration of Education Department from Chisinau, including chiefs, deputy chiefs and head-accountants from all sectors, have been suspended from their position for the entire period of investigation on the spoiled food delivered to schools and kindergartens of Chisinau. The announcement was made by the mayor Dorin Chirtoaca. According to the mayor, the officials have no chance to return to their positions.

"The suspension is for all heads of education departments. The General Department and 5 sector departments. Not only the heads of departments will be suspended, but also the deputy chiefs, employees in the acquisitions, accountants" declared the Chisinau mayor Dorin Chirtoaca.

The head of Education General Department, Tatiana Nagnibeda-Tverdohleb, declared that she will not quit her position as she is not guilty:

"I have five grandchildren who are going to these kindergartens. I know that there are kindergartens in which the administrators would not allow such thing. And I do not think that this type of food got into all kindergartens. It is understandable that it is unpleasant and I am bearing the responsibility together with the rest of people. I think that I should have controlled the cars of the economic agents."

Mihai Moldovanu, the head of the investigation started by the City Hall, announced that the results of the investigations will be made public on 19 December 2016:"Today we are starting the activity. It will be a very accurate work investigation. I hope to compel as much education institutions, kindergartens, primary schools, gymnasiums, high schools as we can."

At the same time, many parents announced that they will protest today, 28 November 2016, in front of the Chisinau Education Department against the abuses of the officials

PUBLIKA.MD reminds that all 17 people detained in the case of altered foods, have received arrest warrants for a period of 20 to 30 days. Three of the defendants will be investigated under house arrest. The decision was taken by Buiucani trial court. The suspects were placed in detention at the prison No.13 in Chisinau.

17 people were detained on Thursday, 24 November 2016, in the case of spoiled foods. Prosecutors and anti-corruption officers say the suspects were delivering products of dubious quality to schools and kindergartens in Chisinau. The subject was also discussed in the Parliament. For the next meeting, the members invited to hearings the prime minister Pavel Filip, Minister of Health, Ruxandra Glavan, the Education Minister, Corina Fusu, director of CNA, Viorel Chetraru and the head of the National Agency for Food Safety, Gheorghe Gaberi.

Publika.md reminds that according to the investigation data, the procurement process was taking place with serious violations of the law by favoring certain economic agents. Scheme was operating as follows: for signing contracts for the purchase, the decision makers of departments were discussing with a group of economic operators to increase offer prices, so that the winning bids more expensive. Or by prior agreement, at the auction were participating several operators with different bids, but having the same founder.

For favoritism, economic agents were paying civil servants, monthly or for each individual auction, specific amounts of money.

After examining and making a series of special investigative measures in the described criminal scheme were initiated 30 criminal cases on behalf of decision makers of sectorial departments in Chisinau and on the names of the economic agents involved. Thus, were conducted over 40 searches at the homes and offices of public officials from the Departments of Education, Youth and Sports of Chisinau City Hall and economic agents, but also the Ministry of Defense, National Agency for Food Safety and Hancesti Public Health Center.

It should be noted that in documenting the mentioned corruption offenses has been applied one of the most effective special investigative measures - undercover investigation.

The criminal case is being conducted by Anti-corruption Prosecutor's Office.