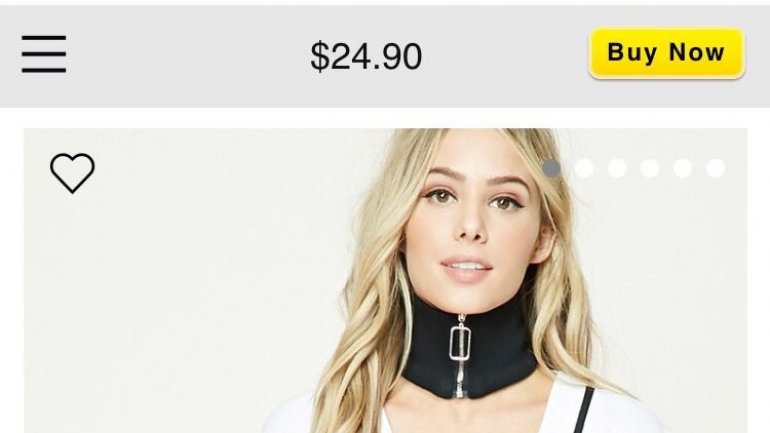 Choker necklaces are having a moment, with the ’90s throwback accessory being worn by everyone from Kendall Jenner and Rihanna to Taylor Swift, who caused a stir when she rocked one onstage at a concert in October. But a new choker has people on social media in a tizzy, and it has nothing to do with celebrities, according to yahoo.com.

Forever 21 is selling a choker so thick, it appears to be a neck brace. The unusual necklace, which is about four inches thick and bears a metal zipper in front, is shown on the retailer’s website being sported by a model in a Star Wars baseball jersey, and the Internet is having a field day.

The trend is so ubiquitous that questionable chokers are abundant on Internet. A fake candy necklace that calls to mind 1990s raves, a fringe choker that appropriates Native American culture, and an over-the-top floral appliqué choker have been some of the worst offenders. Oh, and there’s also the “poop emoji” choker for fashionistas who also love toilet humor — because there’s a huge market for those, of course.

According to BuzzFeed, the choker trend has a dubious history. It was once “the uniform of prostitutes,” but royalty and the elite have also sported chokers.

Forever 21 sells an array of chokers, many of which are perfectly acceptable to wear in public without being mistaken for a neck support for someone who took a spill or got into a skiing accident. Yahoo Style has reached out to the retailer for comment on the bracelike accessory.