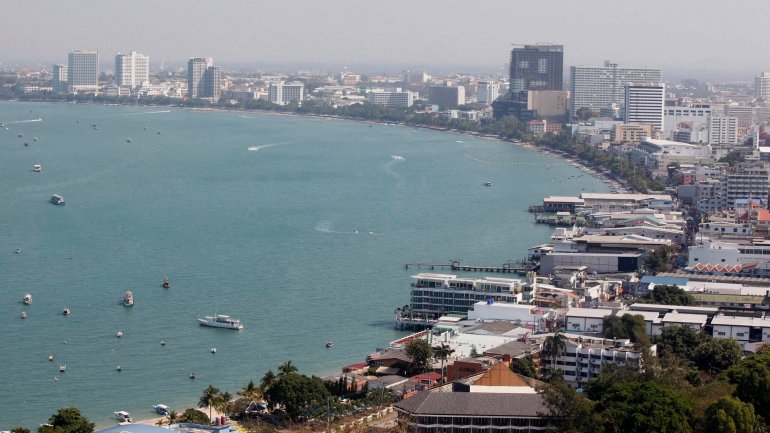 Police in Thailand are investigating the death of a diver off the coast of the resort city of Pattaya whose body was found tied to a concrete post with his throat slit, informs The Guardian.

The Bangkok Post newspaper reported that authorities suspected an unnatural death. The man was wearing a wetsuit and flippers, and had 1500 baht (around £34) on him.

Police aged the man at between 45 and 50 years and said he was between 170 and 175 centimeters tall. They added that his physique indicated that he was a “westerner”.

His body was found around 200 m off Samae, a popular beach on the island of Koh Larn, near Pattaya, one of Thailand’s biggest seaside resorts, with towering holiday apartment blocks and 24-hour clubs.

Pattaya has a reputation as a location for international criminal networks, including Chinese and Russian mafia as well as wildlife traffickers, although those groups were not mentioned by police.

Divers sent to the area where the body was discovered on Saturday found a snorkel, a cutter, a swimming cap and goggles on the seabed.

The body was removed from the concrete post – used to attached floating buoys – and sent to Bangkok for an autopsy.

Pattaya police said it had not received a missing-person report and was still looking for witnesses to identify the body, showing local residents a photo of the man and checking CCTV in the area.