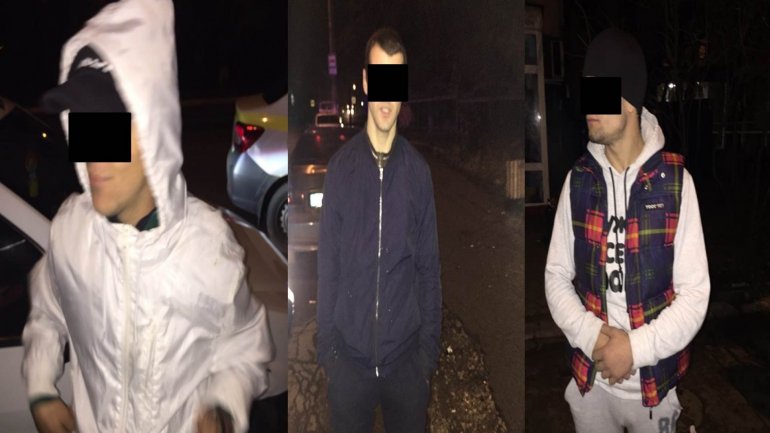 Capital's police were called in on the night of 20 November, to break a conflict between a group of people on a street from Botanica sector. A 902 team was dispatched to the site, having arrested 3 aggressors. Officers have established that they entered in a dispute with a  51-year-old foreigner, having hit him with fists and legs. They were escorted to the Inspectorate for questionings, where it was established that the 3 individuals were from Leova, Străşeni and Făleşti, aging between 16 and 20 years old.

After investigations, police officers have established that the 3 suspects have broke into an electronic on the night of 19 November, where they stole 10 cell phones and 2 laptops worth 33 500 lei. Their faces were caught on surveillance camera, while the 3 were breaking the window with a hard object.

Two of them were arrested for 72 hours, while the third was left without deprivation of freedom, as he is a minor. Police officers continue to investigate the case to establish the location of the stolen items, as well as other circumstances that could be filed.

According to the law, the suspects risks to be punished for hooliganism, with a fine between 15 000 to 27 000 lei, or up to 5 years of imprisonment, while for flash rob their risk 5 to 10 years behind bars.