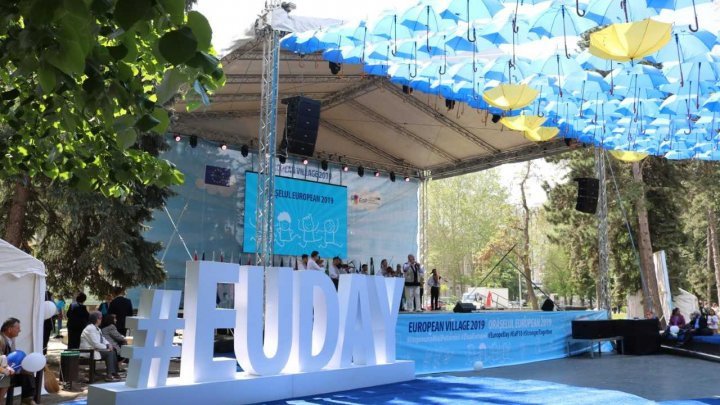 Representatives of Foreign Ministry (MFAEI) along with other state institutions also attended the European City, an annual event organized by the EU Delegation to Chisinau on the occasion of Europe Day.

This year edition is a special one because it marks several significant anniversaries: ten years of Eastern Partnership of which Moldova is also a member; five years of Moldova - EU Association Agreement; five years of visa-free regime with EU.

The event was marked by a record presence of the Moldovan state institutions. The 26 participating institutions, including the Parliament of the Republic of Moldova, the State Chancellery, ministries, agencies, offices, national authorities and state enterprises, reviewed all the efforts and results achieved by our country on the path of European integration over the last years.

Visitors were able to know further about the Eastern Partnership, Association Agreement and RM-EU cooperation in general, and the informative materials distributed by the MFAEI team and the general culture tests on the European integration process.

On May 18, Europe City 2019 will reach Cahul which will feature several cultural events. The Foreign Ministry will welcome everybody who are eager to know more about European integration of Moldova.