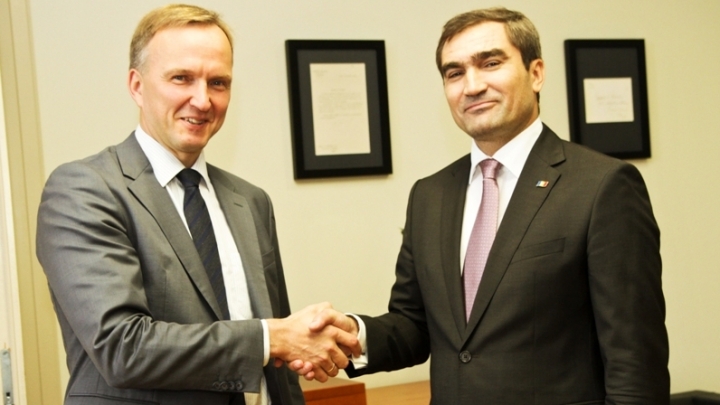 A wide range of issues of the bilateral agenda was discussed, a articular attention being paid to deepening the political dialogue, boosting trade and economic co-operation, increasing the efficiency of the Latvian assistance programmes, strengthening cultural and human ties between the two countries.

The two officials also discussed the political and security developments on the European continent. They mentioned the high volatility of the security environment in Europe, referring to the lack of progress in addressing the conflicts in Eastern Europe and South Caucasus, recent events in Turkey, terrorist threat in many European countries.

They broached the developments in the Transnistrian settlement process. The Latvian diplomat reiterated the support of Latvia to the efforts aimed at identifying a political solution in the negotiations process based on the sovereignty and territorial integrity of Moldova.

Deputy Minister Darii informed on the efforts undertaken by the Government in Chişinău to implement the reform agenda in accordance with the provisions of the Association Agreement with the European Union.

State Secretary Pildegovičs reiterated Latvia’s firm determination to encourage and support the reform agenda of the Republic of Moldova and the efforts to modernise the society.