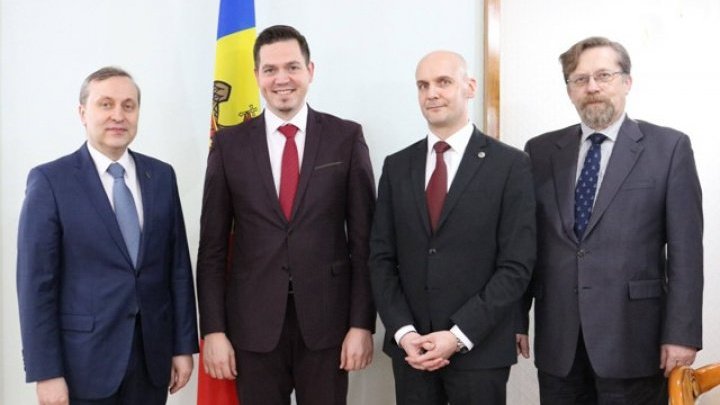 Minister of Foreign Affairs and European Integration, Tudor Ulianovschi had a meeting with the heads of diplomatic missions of Baltic states accredited in Chisinau: Rimantas Latakas, Republic of Lithuania, Atis Lots, Republic of Latvia and Simmu Tiik, Republic of Estonia.

In this context, Minister Ulianovschi expressed his appreciation for the political support given by the Baltic states to our country within the European institutions and other international organizations as well as for the development assistance provided for the implementation of various important projects in the Republic of Moldova.

The Parties underlined their mutual commitment to further promoting bilateral political dialogue, both through the exchange of high-level visits during the current year and by deepening it in the context of regional and sectoral cooperation.

The interlocutors also exchanged views on developments in the Transnistrian conflict settlement process, including the prospects for the current year in the context of the OSCE's Italian presidency.