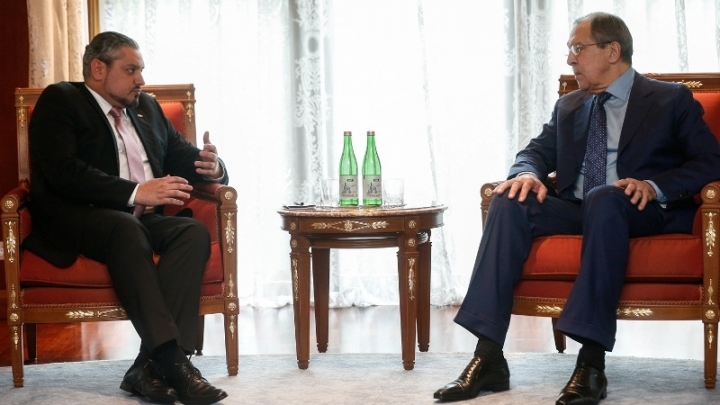 Deputy Prime Minister and Foreign Minister Andrei Galbur met today with the Foreign Minister of the Russian Federation Sergey Lavrov, on the margins of the meeting of the Council of Ministers of Foreign Affairs of the Organization of the Black Sea Economic Cooperation (BSEC) member states, in Sochi.

During the meeting, the two officials made an overview of recent developments in the context of boosting bilateral political dialogue. They welcomed the resumption of talks between the co-chairmen of the intergovernmental commission for economic co-operation, whose next meeting is scheduled for 5-6 July in Chisinau.

The foreign ministers of foreign affairs appreciated the positive step of the resuming of negotiations in the “5 + 2” format on the Transnistrian settlement process in the beginning of June 2016 in Berlin and discussed the perspectives of this process during the current year.

The foreign ministers also tackled other issues of the agenda of bilateral relations, including migration and cultural and humanitarian co-operation.