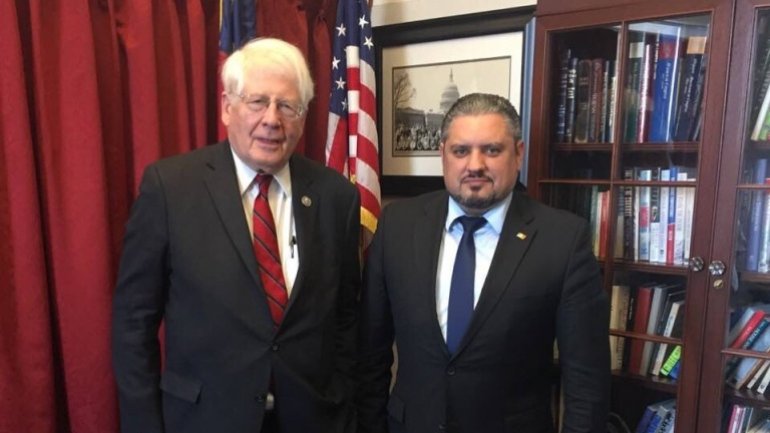 On March 21, 2017, Deputy Prime Minister Andrei Galbur had a meeting with David Price (D-NC), Co-Chair of the Congressional Moldova Caucus, member of the Foreign Relations Committee of the U.S. House of Representatives.

On the occasion of the bilateral meeting, officials had a comprehensive exchange of views on the efforts being undertaken by the Moldovan Government on its path of sectoral reforms implementation, as well as regional security situation.

At the same time, Minister Andrei Galbur underlined the importance of the special partnership with the state of North Carolina for the consolidation of the ties of friendship and cooperation between the Republic of Moldova and the United States of America.