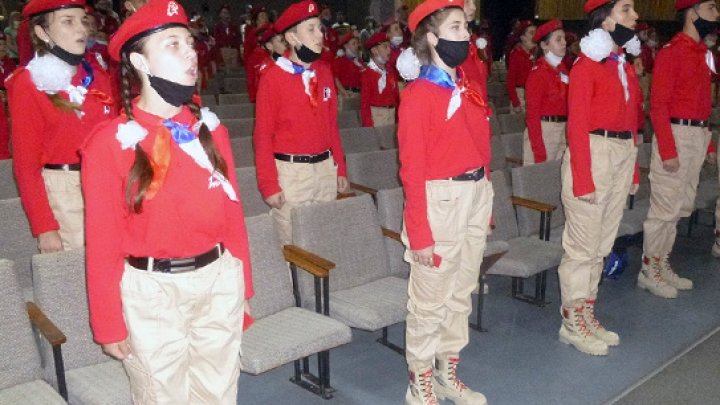 The Ministry of Foreign Affairs changed its mind to condemn the recruitments made by "Iunarmia" in Transnistria. The communiqué issued in this regard was deleted from the MFAEI website as well as from the institution's Facebook page.

On Tuesday morning, the Ministry of Foreign Affairs and European Integration issued a statement expressing concern over the recruitment of a new group of children from the Transnistrian region into the Russian "Iunarmia" Public Movement and condemning this.

The institution said in a statement that the action was part of a series of defiant demonstrations by the Russian Troops Task Force. Moreover, the stationing and activity of the group on the territory of the Republic of Moldova is a violation of the independence, sovereignty, territorial integrity and permanent neutrality of the Republic of Moldova and is incompatible with the rules of international law.

At the same time, the Chisinau authorities reconfirm the approach regarding the need for the unconditional withdrawal of Russian troops, weapons and ammunition from the territory of our country. The public movement "Iunarmia" intensified its activity in the Transnistrian region three years ago. In addition to training and military competitions, representatives of the Russian Army also organize summer camps.

The representatives of the ministry have not yet given us an explanation regarding the lack of the communiqué.