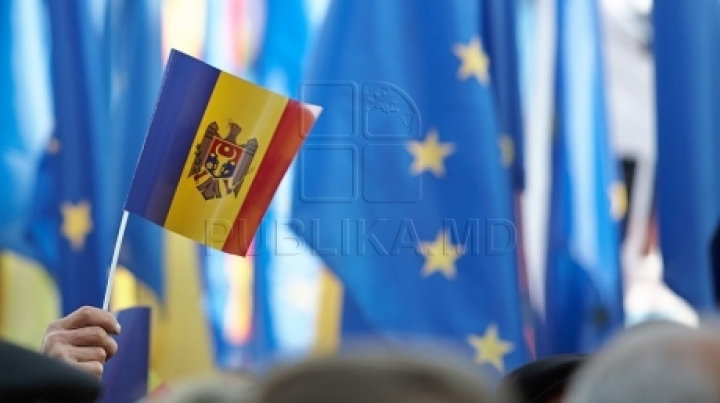 Since 2014, deliveries of Moldovan goods to EU states increased by 13-per-cent and in export value has exceeded two billion dollars. Thus, the European market has become the most important for our country.

The data were presented today at a conference in the context of celebrating two years of trade liberalization between the EU and Moldova.

Veaceslav Panis owns a furniture and interios decoration factory. For nearly a year and a half, get products on the Romanian market. The entrepreneur says that liberalizing trade zone with the European Union has offered  many more opportunities.

"It has brought us an extra motivation to have the courage to penetrate the EU market. However the lack of export impediments helped us a lot" , said entrepreneur Veaceslav Panis.

Besides Romania, Veaceslav Panis started testing and other European markets.

"We are very interested in Italy and Germany,the occasional exports to France and Britain are trying to grow", said the entrepreneur.

Economy Minister claims that in two years the European Union has become the most stable market for Moldovan products.

"Only two years, the export growth was over 13-per-cent. Given our capabilities to export, however the European market was a solution and a solution to rescue our exports to our economy" , said Minister of Economy, Octavian Calmac.

In turn, Head of EU Delegation in Moldova, Pirkka Tapiola, urged authorities to continue implementing reforms, because European investors to come to our country.

"When companies are considering investing in a country, draw attention to two things: if they have access to justice and if you have to pay bribes. We need clear rules" , said Head of EU Delegation in Moldova, Pirkka Tapiola.

In addition to providing a favorable business environment, another challenge for the government is ensuring access to financing for companies that want to enter the EU market.