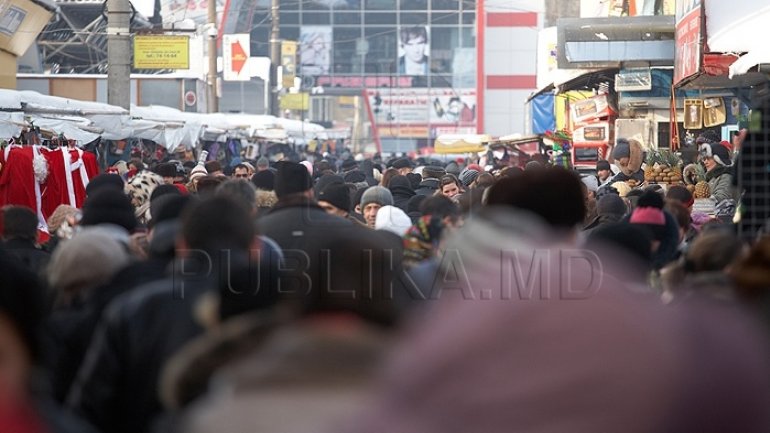 The folk ensemble "Plaiesii" made a show at Central Market in Chisinau. The ensemble went from stall to stall and congratulating shoppers and traders. Performers dressed as usual in traditional clothing, took the bells, plow, but have not forgotten the goat dance. Thus wishers have reminded people of old traditions.

Traders left for the moment the sales and listened with pleasure the good wishes. And shoppers stopped and filmed the recital.

After congratulating the people, "Plaiesii" performed the goat dance.

The market administration says it is not for the first time when they organize such actions, this way they tried to congratulate people in a special way.

"Inviting this wonderful ensemble we decided to pay homage to all market visitors with the winter holidays and also those people who spend their daily lives in our market" said acting director of the Central Market, Veaceslav Balan.

The members of the ensemble say they felt great when they saw the smiles on the people faces.

"At first it was a bit of embarrassment, but when I saw that the world is receiving all this and are very sincere, that means the soul enjoys that we did a good thing" said ensemble leader, Nicolae Gribincea.

Spectators have donated money, and they will reach poor families. This evening, old-style Orthodox Christians celebrate the eve of St. Basil.