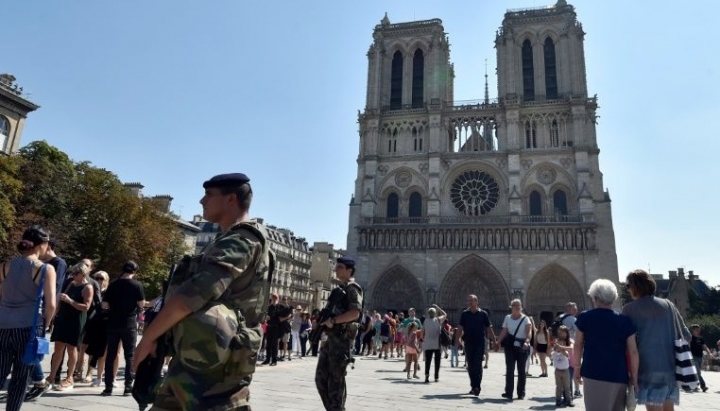 A 19-year-old woman arrested in a probe into a car found laden with gas cylinders in Paris had pledged allegiance to the Islamic State group and was preparing an imminent attack, officials said Friday.

French President Francois Hollande said a terror cell had been shut down and an attack "foiled," after Ines Madani, 19, and two other women were arrested.

Police shot and wounded Madani as they swooped on her and her accomplices aged 23 and 39 in a suburb south of Paris on Thursday.

Investigators believe Madani is the main suspect in a probe into the Peugeot 607 found a few hundred metres (yards) from Notre Dame cathedral on Sunday.

She is the daughter of the car's owner.

The women were "radicalised and fanaticised", he said.

Madani had sworn allegiance to the Islamic State group in a letter found in her possession, according to a source in the investigation.

A police officer suffered a knife wound to the stomach during the arrests late Thursday in Boussy-Saint-Antoine, south of Paris.

Hollande, speaking on a visit to Athens, said: "An attack has been foiled."