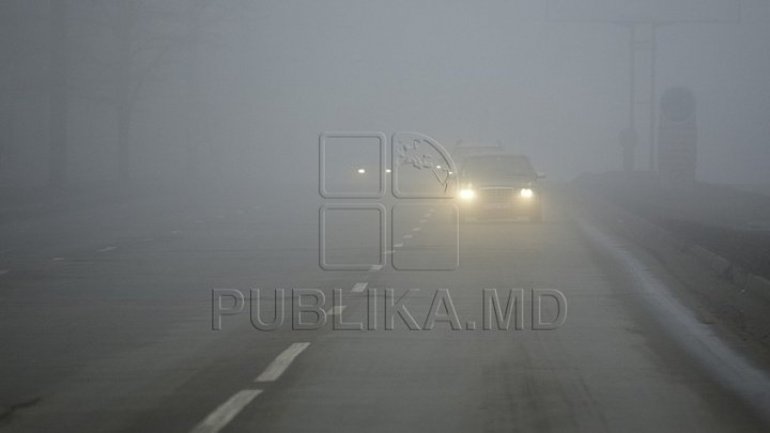 The fog from this morning caused a headache for drivers from Capital. The bad weather conditions caused the traffic to move slowly, while in some regions cars stood in lines.

According to meteorologists in some regions of the country the visibility could reach only 200 meters. In such conditions, National Patrol Inspectorate urge drivers to be more careful.

The fog caused a car accident on Chişinău-Orhei road, near Stăuceni village. A minibus with goods hit a car. Luckily, nobody was hurt.

Drivers claim that the movement is difficult and they need to go slow.

According to meteorologists, the fog will appear in certain regions of the country for the next two days, due to the warm air.

"The visibility is of 200 meters tops. There is a big possibility that the wind will pick up again from South and the problem of fog will return, but with less density" head of the Weather Forecast Center, Ghenadie Roşca warned.

According to the information offered by Chisinau Police Directorate, no car accidents took place in the Capital.