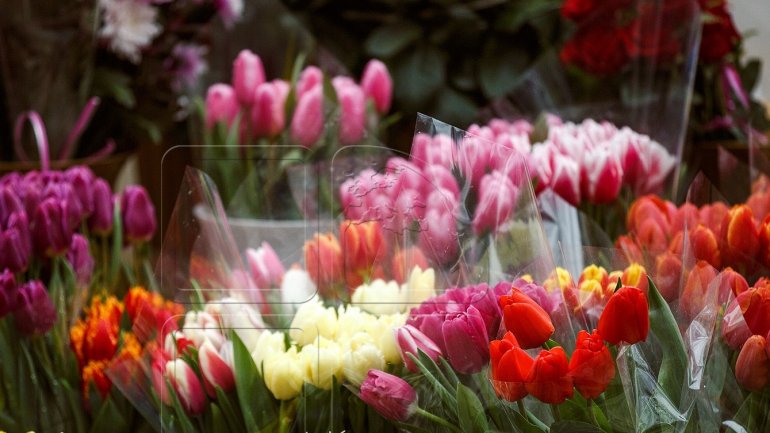 The prevention of domestic abuse campaign "Protected families" continues. This time, the Vlad Plahotniuc's "Edelweiss" Foundation launched the action "Flowers with Solidarity", which aims to inform people about the impact of violence on women and to urge people to buy flowers for their loved ones.

Today, on November 10th, many flower shops in the capital were selling flowers decorated with purple ribbons, the international symbol of the fight against domestic violence. Thus, those who went to buy flowers for their loved ones were pleasantly surprised to find more information about the "Say No to Domestic Violence" campaign and receiving informational leaflets on this subject.

Thus, women and children who need guidance can call starting Monday through Friday at the telephone number 08001 0881 to schedule meetings and legal counseling for free.

People say that such actions are necessary for those who are abused, who think they have nowhere to ask for help and are afraid to speak:

"I chose this bouquet for my girlfriend and I saw the new "Say No to Domestic Violence" campaign today. It's a very good idea to let people know about this campaign through using flowers. I support this campaign and I think we need to inform more people in our society. "

"It's very important, I'm a country man and I saw a lot of violence, especially in villages. I believe that, more people, friends, neighbors  should be involved in this campaign. We can help them, at least with information. It would be an extraordinary thing. "

"The aim is to inform people about the phenomenon of domestic violence. It is shocking that in this century one out of three women is abused by their partner, rather than offered respect and gratitude" said Sabina Crigan, "Edelweiss" project coordinator.

Several offices that are offering counseling and legal services have opened in several districts of the country during this campaign, including Drochia, Hancesti and Cahul towns.

The campaign works in partnership with the Ministry of Labour, Social Protection and Family.