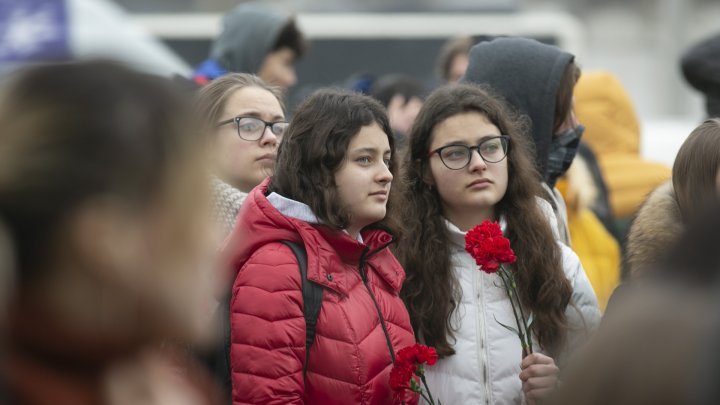 January 27 is the international day to commemorate the Holocaust. Flowers have been laid in Chisinau today at the monument "Victims of Fascism".

The event was attended by the Minister of Education, Culture and Research, Corneliu Popovici, the President of Parliament, Zinaida Grecianîi, EU ambassadors accredited to Chisinau, as well as other officials.

On January 27, 1945, Soviet troops enter Auschwitz, Poland, liberating the survivors of the network of concentration camps—and finally revealing to the world the depth of the horrors perpetrated there.

The Holocaust Memorial Museum estimates that 1.3 million people were sent to the death camp in occupied Poland. Of this total, nearly 1.1 million were Jews, 960,000 of which died in the camp. The other approximately 200,000 people were predominantly made up of non-Jewish Poles, the mentally challenged, Roma people, homosexuals and Soviet prisoners of war.