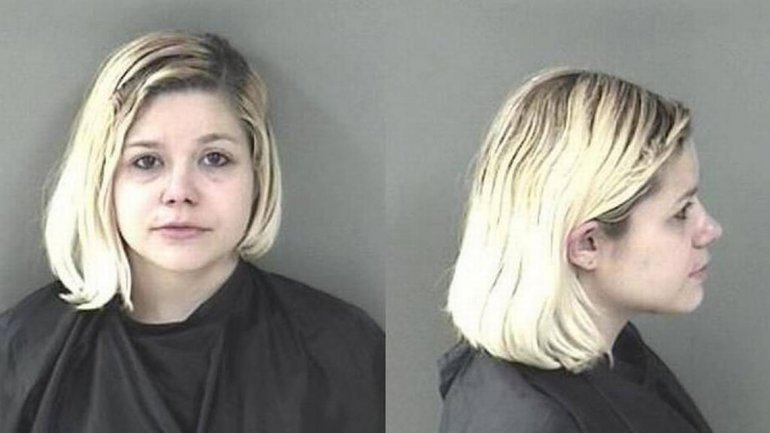 A Florida woman is facing charges after she stole more than $1,800 worth of merchandise from Walmart using stolen clearance stickers in the self-checkout lane, deputies say.

A Walmart employee told police he saw West, who was with another woman who was not charged, picking up large items in the electronics section, including a computer and video game controllers and placing them in their cart, according to the affidavit.

Then, surveillance video showed the women removing stickers from clearance items in another section and placing them over the bar codes on their selected items. They then removed the security wrap from the items, according to the police report.

The women used the self-checkout to scan the clearance stickers, where they paid a total of $3.70, which is approximately $1,821 less than what they should have for the items, according to the affidavit.

When she was arrested, West told police she was trying to get gifts she “can’t afford” for her son, according to the police report.

“The computer is for my husband since he just got me a Coach purse, I figured he deserved something nice as well,” West told police.

West was released on bond on Tuesday evening, according to the Indian River County Sheriff’s Department. The police report did not indicate why the other woman with West was not charged.

Retail theft involving self-checkout lanes is a fairly common occurrence, according to a recent University of Leicester study.