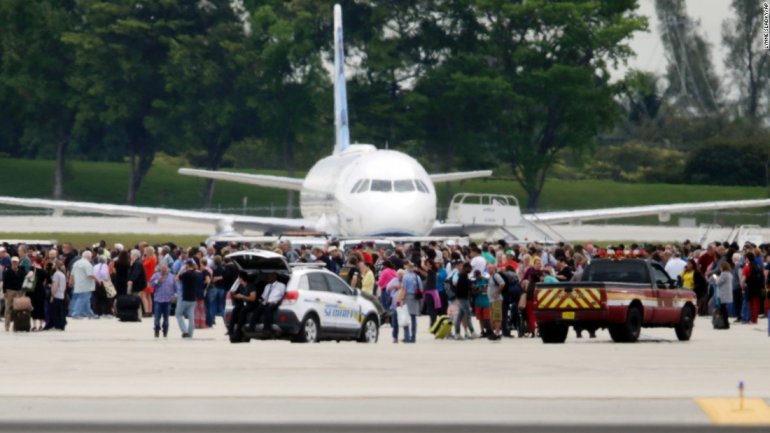 A lone shooter opened fire Friday afternoon at Fort Lauderdale-Hollywood International Airport in Florida, killing five people and wounding eight others before he was taken into custody, the Broward County sheriff said.

Esteban Santiago, 26, flew from Alaska to Florida with a gun in a checked bag, and after landing got the firearm and opened fire near a baggage claim in Terminal 2 at around 12:55 p.m., officials said.

Eight people were also wounded by gunfire and more than 30 others suffered other injuries in the chaos of the shooting and in the aftermath, officials said. Federal guidelines allow for passengers to check unloaded guns in a locked case, and also allows for ammunition to be placed in checked baggage.

Santiago, who relatives and federal officials said was receiving treatment for mental issues, was in federal custody and a motive has not been determined, FBI Special Agent in Charge George Piro of the Miami division said.

The gunman's relative said "he was hearing voices."