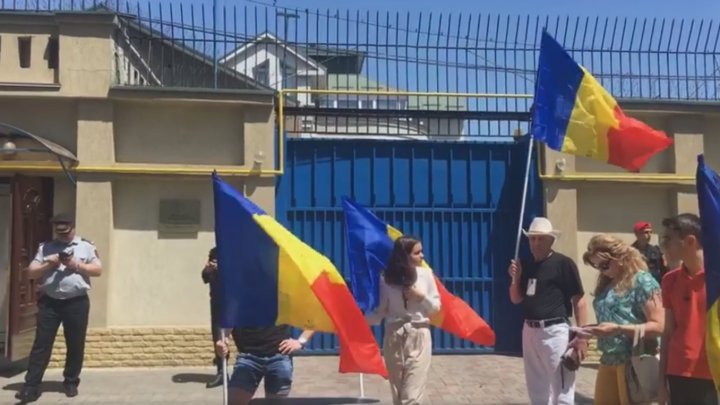 Some members and supporters of Unirea-ODIP Association gathered in front of European Union Embassy and sent a letter to Ambassador Peter Michalko. They disagreed with the way Romanian government had organized the Europe elections last Sunday in Moldova and abroad.

After half an hour, a representative of EU Delegation approached the group and promised to examine the letter.