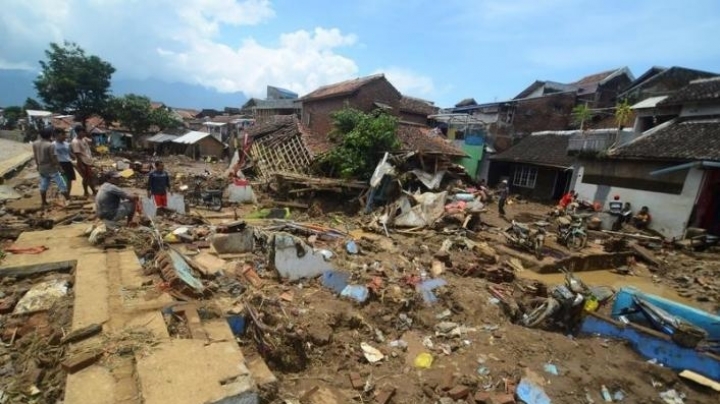 The floods hit the Garut area, about 200 km southeast of the capital, Jakarta, on Tuesday after torrential rain.

"We've reported that we found 20 bodies and we've identified 15 of them," said Endah Trisnawati, a member of a police disaster victims identification unit.

It was not clear how many people were missing but some officials in the area said it could be up to 15. Some media reported 20 people were unaccounted for.

Authorities said search and rescue operations would go on.

Military personnel and volunteers helped evacuate about 1,000 residents of the area.

Debris floated in gradually receding floodwater in inundated villages and there appeared to be widespread damage to vehicles and buildings.

Flash floods and landslides are common in Indonesia, often caused by heavy rain at this time of year.