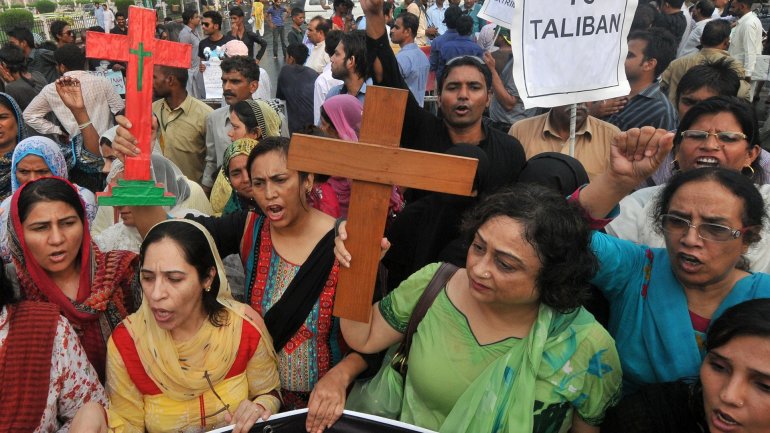 A Pakistani anti-terror court has sentenced five people to death over the killing of a Christian couple who were lynched and burned in a kiln after being falsely accused of blasphemy.

The deaths of Shahzad Masih and Shama Bibi caused outrage in Pakistan and saw other Christian families living near their home in Punjab flee the area in fear.

The illiterate couple had been falsely accused of tossing out pages of the Quran along with the rubbish, desecrating the Muslim holy book.

Blasphemy is legally punishable by death in the deeply conservative Muslim country, where even unproven accusations can stir violence.

Critics say the laws are abused to wage personal vendettas, often against Christians.

Witnesses described how an angry mob of hundreds of people set upon the couple near the town of Kot Radha Kishan in Punjab in 2014, attacking them and then throwing their bodies into a brick kiln.

It is unclear whether they were still alive when tossed into the kiln.