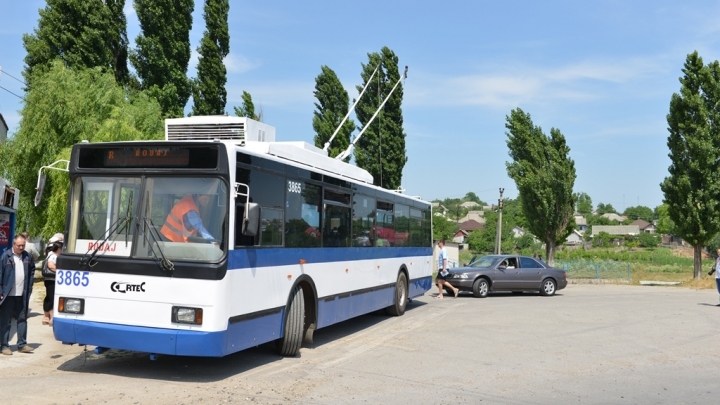 The first trolley bus of new type, with an autonomous course, will be launched in testing regime until October 1st 2016.

The passenger transport unit, on which were installed batteries for the possibility of going without a power line, is in the storehouse of the Electric Transport Control, and the specialists of the enterprise are doing the last adjustments of the equipment.

Depending on the results registered after the testing of the first trolleybus with autonomous propulsion, Electric Transport Control will start assembling other 3 sets to his kind of transport units.

It should be mentioned that the unit with autonomous course cannot be differentiated on the outside from a usual trolleybus.

On the inside, in the back part will be taken out 4 seats, and in their place will be installed the batteries which ensure the autonomy for a specific period.

The new installations will not affect any way the security of the passengers of the trolleybus.

Now, the Electric Transport Control administration makes efforts to solve the problem of the certification of trolleybuses with autonomous course, in the conditions when these are a new thing in Moldova and there are no normative acts on this type of transport.

Now, the unit is not put in circulation, being prepared to circulate when a new route, formed of units of autonomous course, will be opened.