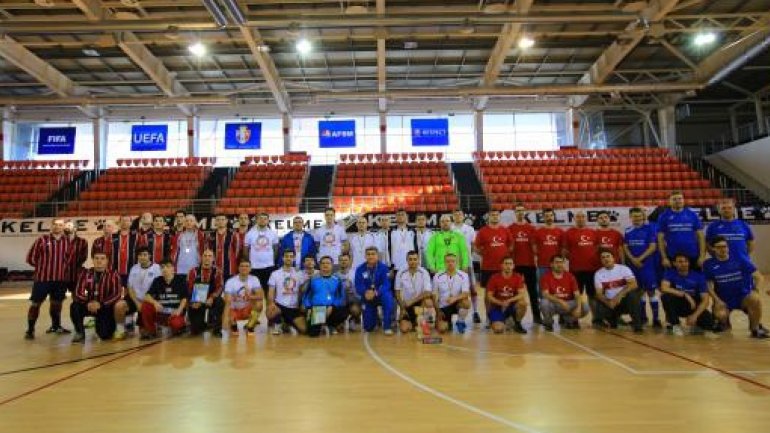 The football team of Ministry of Interior and those of the Embassies played a great friendly football match.

At the friendly football match "Champions League", which took place yesterday, 26 November 2016, played the teams composed of representatives from the EU Delegation in Moldova, the embassies of US, Turkey, Czech Republic, Slovakia, and representatives from UNDP and the UN.

In the Interior Ministry team played the minister Alexandru Jizdan, which at the beginning of the friendly match thanked those present for supporting this initiative and mentioned the importance of such actions, which will strengthen the good relations of cooperation.

At the end of "Champions League" all players received medals, and diplomas were given to the best goalkeeper, best scorer and best player.
The football match was organized for the first time at the proposal of the Ministry of Interior, with the support of the Central Sports Club "DINAMO", the aim being to promote healthy lifestyle and strengthening good relations of cooperation with development partners.
All participants welcomed the initiative, thus was taken the decision to organize these friendly football matches more often.
AFLĂ imediat Știrile Publika.MD. Intră pe Telegram