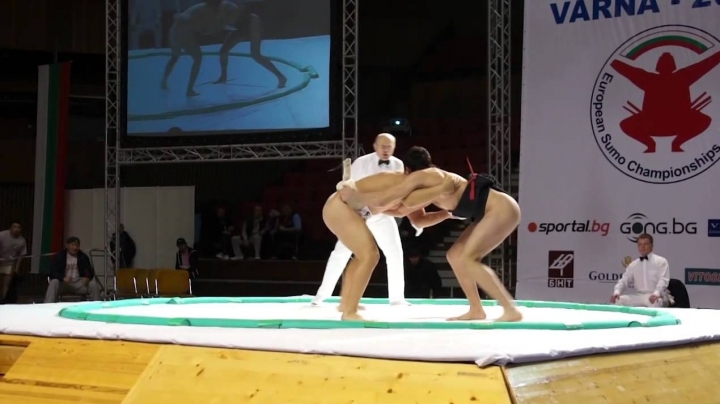 For the first time in Moldova was organized the sumo championship.

At the contest have participated 30 sportsmen. Most of them came from Ukraine, because in moldova, at the moment there are not many fighters in this type of sport.

Sumo is a Japanese style of fight, invented more than 2,000 years ago. In order to win the battle, the fighter has to tackle down his adversary or to put him out if the ring.

The Moldovan fighters, attending the championship, have practiced before judo, sambo or wrestling.

The most awaited fights were the battles of the category over 170 kilos.

The winners of the championship in Chisinau have been awarded with medals.