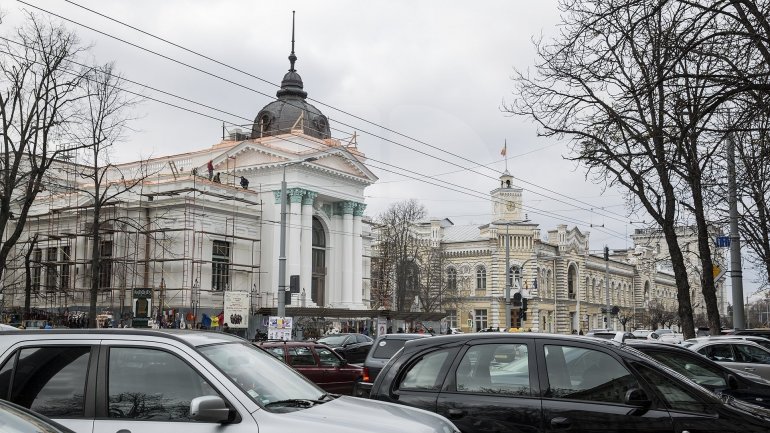 Organ Hall is being reconstructed. The first stage of the work is about to be ended. Façades of the edifice were painted and the basement was restored.

"There were several color variants: yellow, white, pink, brown. This year will be green and oxidized copper is still the interior color", said Gheorghe Bulat, chief architect of the project.

The most complicated part of the works was not to lose the original elements during modernization process.

"Firstly there were natural stones on these walls, there were certain brick surfaces, brick ceilings that were badly covered during the rebuilding works in 1976-1978. These sectors were cleansed and put into value" , argues Gheorghe Postică, president of the National Monuments Council

The second rehabilitation will start in this summer.

"I like the old design and color. I expect something more beautiful".

The reconstruction works of the Organ Hall in Chisinau started in 2015. The Romanian government provided a grant of one million euros and the Chisinau authorities allocated 600,000 euros.