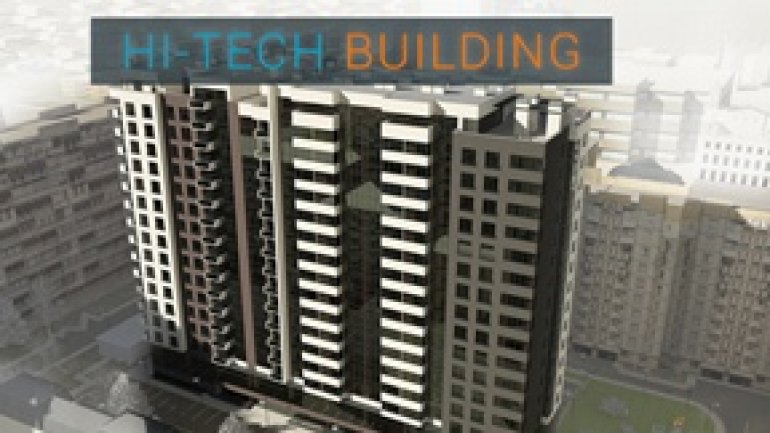 The tandem of Moldovan companies iDomus and SkyHouse are building the country’s first “smart” apartment house. The project is providing the most modern automation technologies for the 250-apartment house, located in Chisinau downtown, as stated by Infotag.

At the Tuesday’s presentation of the project, iDomus Company Director Olga Oncea said that the perspective of building apartment smart houses in Moldova was first discussed about 8 years ago.

“But the implementation of such a project became possible only now. The main condition for such an evolution shift was the rapid technical and technological development both at the level of networks and at the level of devices. Today, when smartphones became an integral part of modern person’s life, smart house systems have passed from the level “service for the rich” on the level “standard solutions for everyone”, the top manager said.

Separate smart house systems of common use are established to each entrance, and each of residents has the possibility to install a personal system in his apartment. This will allow providing to residents a modern level of service, the opportunity to use new instruments for an efficient and comfortable exploitation of the housing in accordance with the last trends in the field of informational technologies and electronic communications.

The smart house systems from iDomus will be installed and launched at the same time with the commissioning of the house at the beginning of 2017 and will be accessible to residents optionally.

With all this, people have the right to renounce using the system – both at the level of apartment and at the level of entrance, which means that the variant of imposed service is completely excluded.

According to Sergiu Tafratov, Director of the company, which is building the SkyHouse, at raising of such buildings it is very important to correctly assemble the electricity wiring – high-voltage and low-voltage networks.

“The scheme of laying networks in a smart house differs from ordinary networks. In economically-developed countries, such norms of building have already become a generally accepted standard. We are sure that Moldova will be behind them in this field not for a long time”.