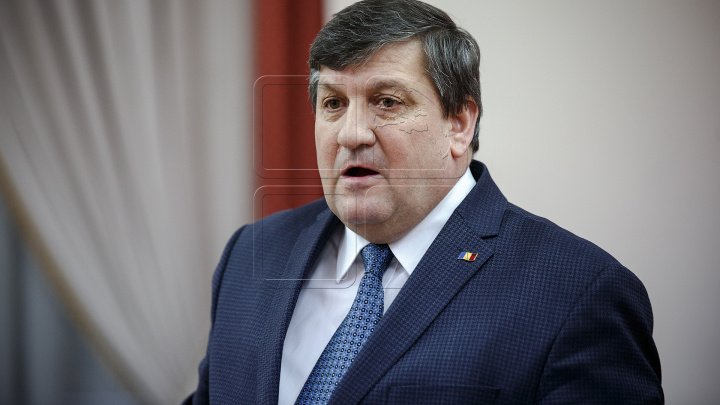 The ex-minister of Transports and Intrastructure, Iurie Chirinciuc says that he hadn't left the country and is waiting for the Court to pronounce the last sentence. He also said that he will contest the sentence at the Supreme Court of Justice.

Iurie Chirinciuc was sentenced to 3 years and six months of prison for influence peddling, abuse of office, being deprived to public functions for 5 years. Chirinciuc and his advocate weren't present at the decision pronouncing. The ex-minister declared that the decision is too harsh and he'll contest it on higher court.

Chirinciuc was involved into a corruption scheme linked to the restoration of a road patch in the center of the Capital. The ex-minister threatened the renovation company to surrender 50% of the work to some of his private companies.

During 2016-2017 years, at that time Minister and chief of the Road Administration would have created obstacles for the winning economic agent by unauthorizing some documents for the done work and dragging-out the MTID and ASD approvals, also formal noticing to sign some subcontracts with his private companies.

As a R6 M1 Ialoveni project-gainer, known as the most important highway of the Capital, financed by BEI, Road State Administration has employed an international supervisor-engineer for the agreement-beneficiary relationship.

In spite of the fact that the supervisor-engineer must had obtained the beneficiary agreement just in special cases, ASD chief has formal noticed him to request the all-construction-working project approval. These facts are certified by multiple letters and notifications, late ASD data and exclusion of some workers requests, to contract others instead.

After some special investigations including phone-discussions recording, it was found that later-described actions were synced with the organization of some meetings with the participating of the Minister, ASD chief and the economic agent, on the last being applied pressures and threatens with termination of the agreements and introducing him in the black list.

Also was documented a session on February 2017, in which was fixed the meeting between the Transports Minister, ASD chief, Global Trans Construct and Nouconst company administrators and the winning economic agent that had to renovate the road R6 M1 – Ialoveni.

During the discussions, he was formally noticed to surrender 50% from the work-volume ( total price being 9 000 000 Euro) to the higher-mentioned companies. Subsequently, referring to a Minister's indication, Global Trans Construct administrator had extorted from the same economic agent 5% from the agreement value - 400 000 Euro, a part of the money (80 000 Euro) following to return to ASD.

In this folder, the ex-minister and ASD chief are co-offenders with economic agents accomplices.