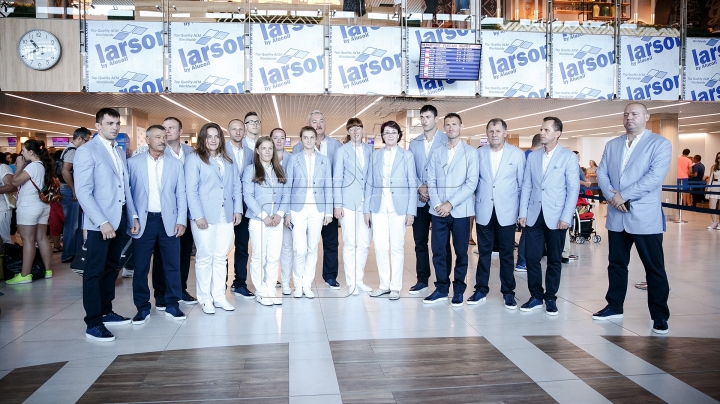 The first Moldovan delegation arrived safely at the Olympics in Rio de Janeiro, but athletes have already experienced various problems.

They wake up at five in the morning, because they still have not gotten used to the time zone.

Flagship of our team Nicolae Ceban claims that all things were not adjusted in the small Olympian village and they are still working on some stuff.

"Maybe we were expecting more. I believe there still are some problems related to planning,  the garden, the grass. There are problems in the houses where we live in. Which is linked to sanitation. The internet is weak, " said the moldovan flagship of the Olympics, Nicholas Ceban.

"At home there is always some renovation going on, that's why we are used living like this. Therefore we don't really observe these things. Basically, everything is almost ready. There are living conditions like air conditioning and refrigerator. I just have this impression that things were not quite done. "

Olympic sponsors gave each athlete a modern phone that costs about 20 thousand lei.

"They decided to brighten our mood and have given each one of us a last generation phone. Everybody is happy and in good mood and did not draw attention to anything else. "

At the same time, the Moldovan delegation had a meeting with the International Olympic Committee President, Thomas Bach.
"I was at this meeting at the Olympic Garden. We met at the table and discussed many existing issues, like the Olympic start etc."

The Olympic Games in Rio de Janeiro will start on August 5, and Alexandra Mîrca will be the first member of the Moldovan team to compete a archery.