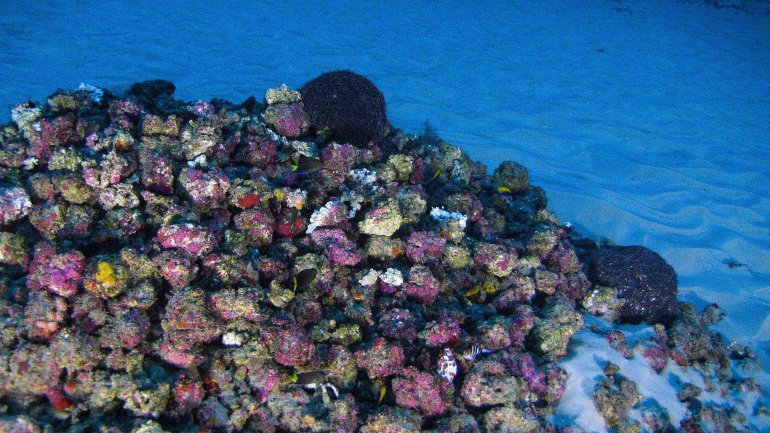 The first images have been released of a unique coral reef that stunned scientists when discovered in 2016 at the mouth of the Amazon.

The 600 mile-long reef is expected to reveal new species as scientists explore it further, but oil companies are planning to drill in the area. The photographs were captured from a submarine launched to a depth of 220 metres from the Greenpeace ship Esperanza. Campaigners say drilling must be prevented to protect the reef.

The discovery of the reef, which stretches from French Guiana to Brazil’s Maranhão state, was a complete surprise to scientists because many of the world’s great rivers have major gaps in reef systems at their mouths. Corals mostly thrive in clear, sunlit water, and the waters near the mouth of the Amazon are some of the muddiest in the world.

But the reef spans the mouth of the Amazon and is already known to be home to more than 60 species of sponges, 73 species of fish, spiny lobsters and stars.

Oil exploration blocks have been granted for the area and the oil companies Total, BP and Petrobras could start drilling if they obtain authorization from the Brazilian government, informs The Guardian.

Greenpeace Brazil said 95 wells have already been drilled in the region, none of which found economically or technically viable gas and oil. But the Brazilian government speculates that the area may contain 14 bn barrels of oil.