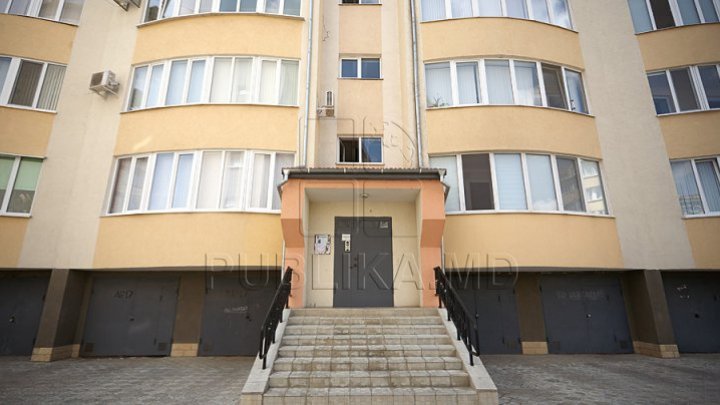 The First House project has reached Balti. A man aged 35 has signed the contract after receiving approval of the bank for the project.

The man, Victor Răilean, chose a 2-room apartment in a new block. He is due to pay monthly four thousand lei.

Working as an engineer and living in rented apartments for several years in Balti, he says this program made his dream come true.

"I am very happy to apply this program. I submitted all necessary documents to get a credit".

According to representatives of the bank in Balti, dozen of people have requested information about this program.

"Over 50 people were interested in this program at our branch in Balti. 12 people started to collect the documents. The second file was sent to ODIMM yesterday", said Raisa Pislariuc, director of the bank branch from Balti.

Altogether, over 400 people were interested in the benefits of First House program at this bank.

"18 people have already completed their files, 14 people are not from Chisinau", said Bogdan Pleșuvescu, the president of Victoriabank.

So far, two families in Chisinau have bought a home through the First House program. It can be applied by people aged up to 45, officially employed.

Beneficiaries must provide their identity card, salary certificate, and the document confirming that they do not have another house. They can buy any house that costs up to one million lei. They have to pay an initial advance of just 10 percent, three times lower than the usual mortgage loans.