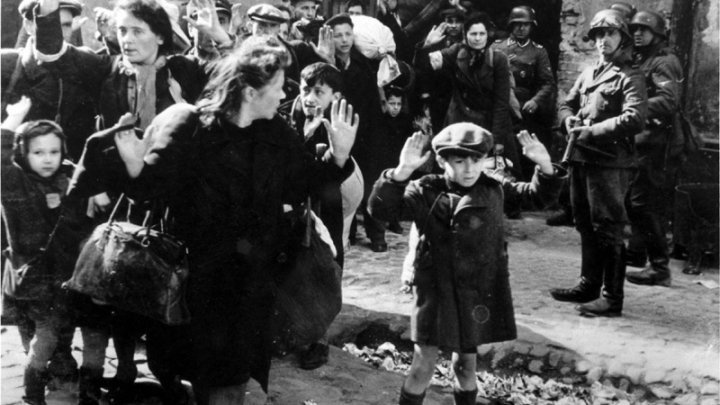 This first Holocaust Museum from Moldova was opened in Chisinau. The center is located in two rooms of the House of Nationalities. The museum has already held two expositions consecrated to the genocide from the Second World War.

To repair the room and purchase the necessary equipment were spent nearly 300 000 lei. Materials held in archives and photographs were collected and offered to historians and public organizations of Jews and Romani.

''The tragedy of holocaust must be investigated, understood and remembered. Therefore, we will ensure that history will not repeat itself, we will become a humane and tolerant society" Vice President of the Parliament, Vladimir Vitiuc said.

"This museum is the perfect beginning for Moldovans to remembers what happened in this region" United States Ambassador to Moldova, James Pettit said.

During the horrid years, when so much blood was spilled, people were far from tolerant. But even at the time, there were those who would save the condemned. Eugen Bric's brother lived at the time in France. At only 19 he was captured.

"He was helped by Germans themselves twice. One of them whispered to not mention in the documents that he is Jewish, but write that he is Karaite. They were very interested in religion and in what deity people believed in. In 1942 he fell in love with a German woman. When she found out that he is Jewish, she hid him from her parents in her house's attic. After the war, they married and lived happily for 60 years" director of the Jewish Institute, Evghenii Bric said.

According to some calculation, during Holocaust were killed 6 million Jews. Innocent people, including women and children were shot, poisoned and even burned alive. Dozens of people came today to the Holocaust Victim Memorial to lay flowers and pay homage to the deceased.

"During the Second World War, this is the place were people were executed. Thousands were shot. That is why we gather here" chief of Jewish community, Aleksandr Bilinkis said.

During the Second World War, in Republic of Moldova were murdered 300 000 Jews and 50 000 Romanis. United Nations announced January 27 International Holocaust Remembrance Day. At the moment, 60 survivors are still alive in Moldova.