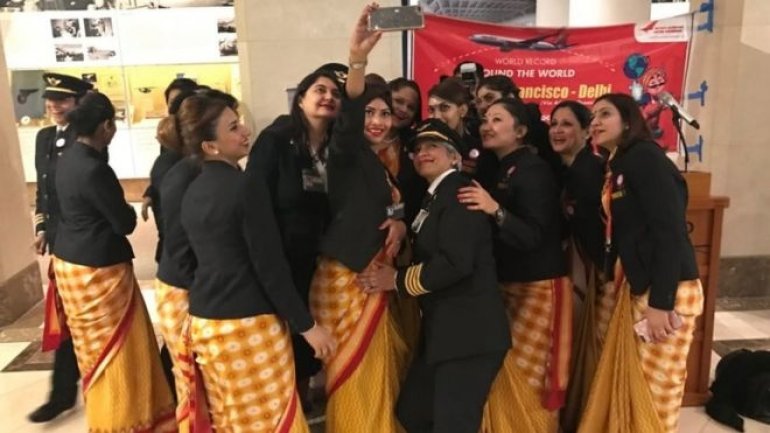 An Indian airliner says it has made the first passenger flight around the world operated by an all-women crew, BBC reports.

The Air India flight departed from New Delhi to San Francisco on Monday and returned to the Indian capital on Friday.

The Boeing 777 flew over the Pacific Ocean on its trip to the US, while its return flight was over the Atlantic, encircling the globe, the company said.

Air India says it has applied for an entry on the Guinness World Record.

Check-in and ground handling staff, the engineers who certified the aircraft and the air traffic controllers who authorised the departure and arrival of the plane were also all women, the company said