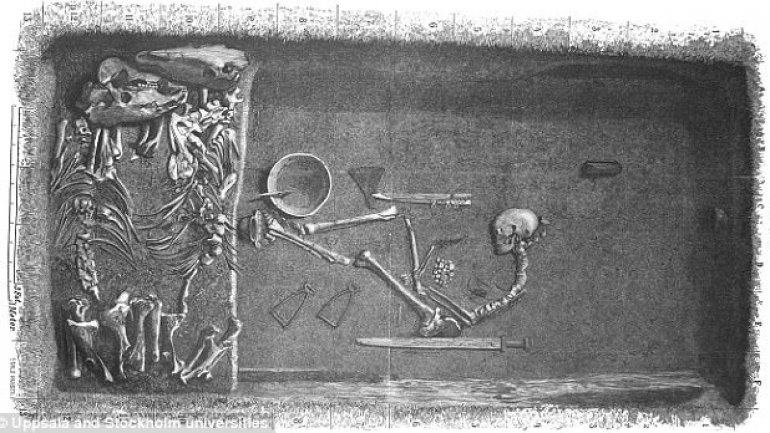 Tales of Vikings and their mythology has long ago created the suspicion that their ranks in battlefield have also included women, not only men. Until recently they were all considered fairy tales.

The Norse mythology has attracted much attention in the past decade, mostly due to Marvel's adaptation. What we must mention is the constant presence of female warriors, known as Valkyries on the battlefields.

Now, for the first time, scientists have confirmed the existence of a female Viking warrior, using DNA retrieved from a 10th century skeleton buried in the Swedish Viking town, Birka.

Not only was she a professional fighter, but as she was found buried alongside two horses and surrounded by weapons, the experts say the Viking woman was once a high-ranking officer who led troops into battle.

The bones were first excavated back in the 1880s.

Despite morphological traits suggesting the skeleton was female, the nature of the grave, which contained a slew of weapons, including a sword and armor, piercing arrows have led some experts to assume the deceased Viking was male.

Inside the grave, they also found two horses (one mare, one stallion) and a full set of gaming pieces.

The inclusion of the latter stood as evidence that the warrior had a knowledge of tactics and strategy, according to the researchers.

And, it emphasized that person’s role in life as a high-ranking officer.

In the new study, published to the American Journal of Physical Anthropology, researchers set out to confirm the sex of the Viking remains.

By analyzing DNA collected from the skeleton’s left canine and left humerus, the team discovered that the individual had two X chromosomes and no Y chromosome – or, in other words, the warrior was female.

Despite her role as a military leader, the Viking skeleton had no signs of trauma from before or at the time of death.

But, they say this is not uncommon for the burials at Birka.

The new study now puts to rest a long-running debate on the existence of female Viking warriors, the researchers explain.