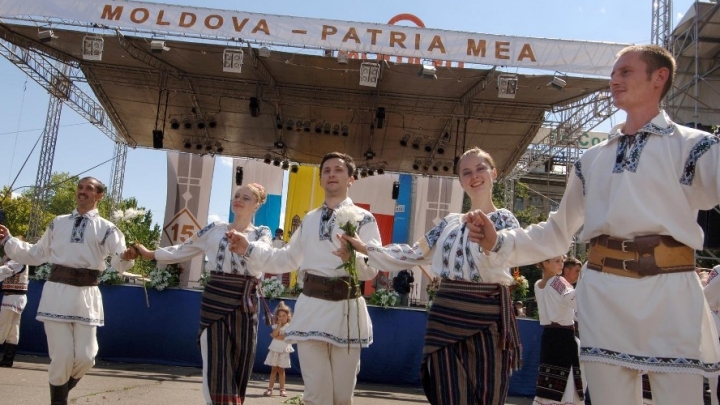 Exhibitions of traditional Moldovan and Romanian costumes, traditional Moldovan food, handicraft fairs and creation workshops. This is the way the first edition of the National Day of the Traditional Costume will be celebrated. The event, organized at the initiative of the Ministry of Culture, will take place on Sunday, in 20 country districts and in Gagauz Autonomy.

The residents of Chisinau will celebrate this day at the Palace of Republic. Bucuresti and 31 August streets near the institution will be transformed into a real fashion runway.

“The complexity of our traditional costume is very big and we are responsible for it. That is why we set up the National Day of the Traditional Costume” said the minister of Culture, Monica Babuc.

The event is organized in a partnership with the Swiss Agency of Development and Cooperation.

The National Day of the Traditional Costume was instituted last year by the Parliament. The law foresees that his holiday should be celebrated in the fourth Sunday of June.