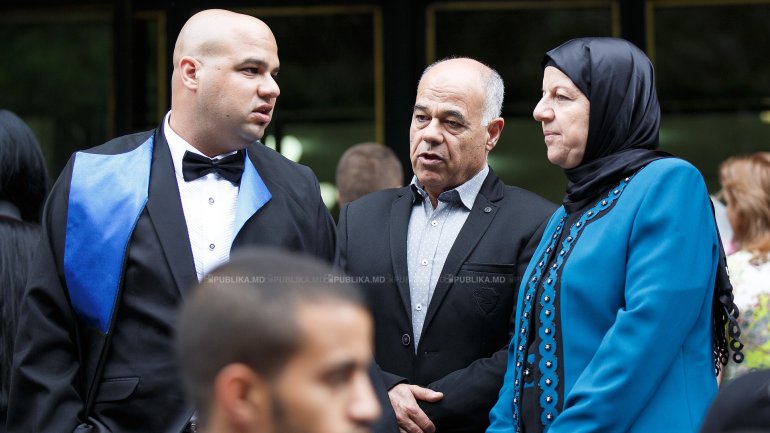 As of today, June 15th, over 300 foreign students from the State University of Pharmacy and Medicine "Nicolae Testimiteanu" are legal doctors. The young people, from several countries, have taken the Hippocratic Oath.

The majority says they want to return home, after their last exam.

This year, 285 foreign students have graduated the State University of Medicine. Most of them are from Israel, Romania, Ukraine and Russia. One of them is from India. he says he has chosen Moldova, because in India he would have studied more years.

"I've chosen Moldova because I've heard it's a beautiful country. Also, it's much cheaper to study here. The only difference is the temperature. It's much colder in India" , says Uek, student at State University of Pharmacy and Medicine.

Several students have been supported by their friends and family.

"My brother has also studied here, in Moldova. I came here to visit him and I liked it. I think it's worth studying here. "

"Since the beginning, we wanted our children to study here and come back.

The management of the university and authorities promise they'll make everything possible for as many foreigners to study in Chisinau.

"The university is known abroad because usually there's contest and there can be as much as three for the same spot" , says rector of USMF, Ion Ababii.

Tomorrow, June 16th, the graduates that studied in Romanian will also take their Hippocratic Oath.