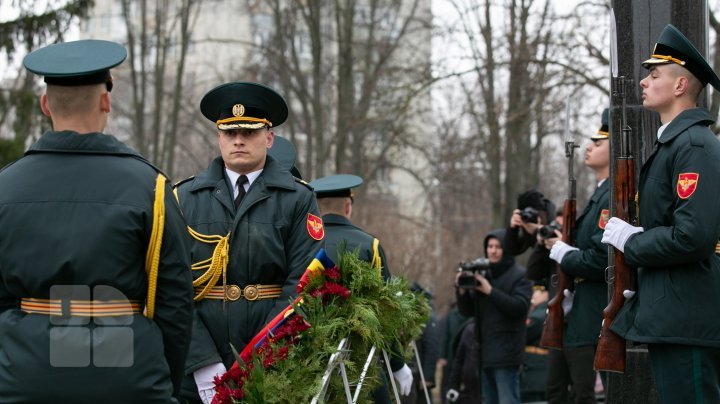 foto: the day of commemoration of the war from the Dniester, marked by protests
AFLĂ imediat Știrile Publika.MD. Intră pe Telegram

Hundreds of veterans of the Dniester war demanded the withdrawal of Russian troops from the territory of Moldova, protesting in front of the Government building on Monday.

They also shut down traffic in the city center, on Pushkin and Bodoni streets. People had to wait in the public transports until the streets were unblocked.

Moldova commemorated the victims of the Dniester war yesterday. On this day, a group of civic and political activists spoke up and accused the government of promoting anti-national policies.