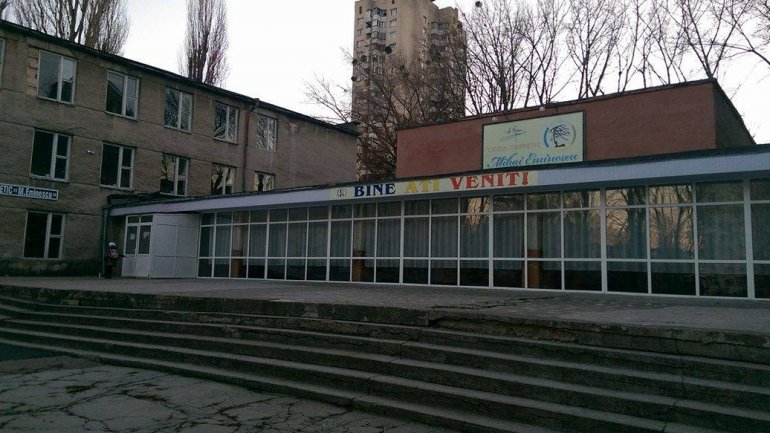 While some students are happy with the beginning of the new school year, others despite the new changes made this year. In the "Mihai Eminescu" Academic High School 200 pupils will have to study in the evening, due to their classes being destroyed by the heavy rain from three weeks ago. Parents who are also unhappy with the news have signed a petition and forwarded it to the local authorities.

The rooms from the fourth floor were completely destroyed. The roof might cave in at any time, the floor has holes in it and the furniture is missing.

"The classes were flooded. The floors and walls became swollen, so we had to take the furniture out. Everyone is in shock, some are uncertain, while others have already left", a woman said.

Many parents are mad that the school's administration decided to announce the new schedule just now:

"There was no meeting where we were announced that our child will study in the evening. We don't agree to the fact that a 5th grade child has to arrive at home at 6:30 PM. Parents have wrote a petition".

"We are desperate. Our children are too young to study in the evening. We want to make sure that this problem is solved as soon as possible, as the children are the one to suffer from it".

The headmaster of the "Mihai Eminescu" High School, Mihai Danu refused to comment in front of cameras.

Spokesman from The Directorate-General for Education, Youth and Sport assured that from the beginning of November, the 5th and 6th graders will go back to their normal schedule.

"The situation with the two shifts will maintain for the duration of September-October months. If everything goes according to plan, by November the repair works will be finished" deputy chief of The Directorate-General for Education, Youth and Sport, Viorica Negrei declared.

"Mihai Eminescu" Academic High School from Chisinau has over 1.200 pupils.