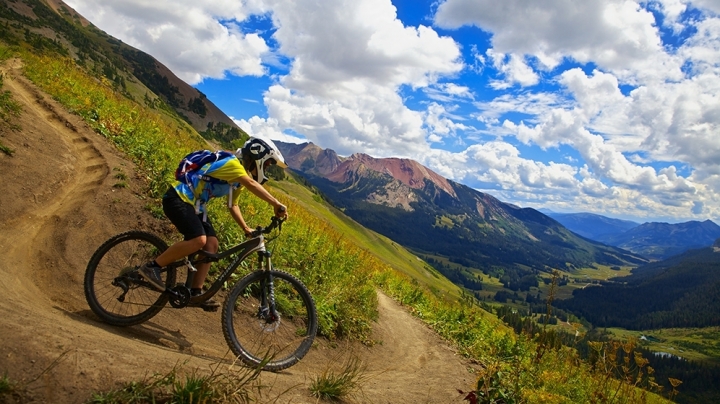 An unusual championship on mountain biking took place for the first time in Chisinau. The extreme sport has gathered many curious people, eager to see the bicycles specially made for steep cliffs and the track specially laid in the park “Valea Morilor”.

Usually, this type of competitions are conducted in the mountains. At the race have participated 25 sportsmen.

The mountain bike race is one of the most spectacular races.

The first stage of the competition was the qualification. Each cyclist made an individual race, then were formed groups of 4 participants.

The organizers have decided to lay out the track in the park “Valea Morilor” in Chisinau, this one being the most fit for this kind of sport.

Mountain biking is not only a painful type of sport, but also very expensive. The price of a mountain bike may reach 4,000 euro, but once you start practicing this kind of sport you cannot stop.

The best sportsmen have received presents and souvenirs, and the winner got a cup and the title of champion of the first National Championship of Mountain Biking.