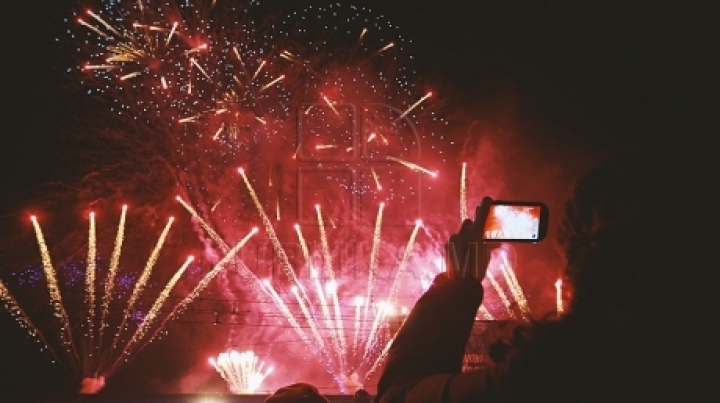 The revelers in the capital, celebrated last night the Independence Day and have had an exceptional concert. They watched a great show of lights and danced to 'Zdob si Zdub' band  rhythms. The party lasted until midnight.

From small to big, people came downtown to celebrate 25 years of Independence. Local performers sung and impressed Modlovans at the concert:

"Well organized, we really feel that we are Moldovans is the day of our country. We are all family, with her husband and daughters, and we show them that this is our country that need to be proud."

"It's a very nice atmosphere, I never expected it would be. The concert is wonderful."

The Grand National Assemble show continued with a 'Zdob si Zdub' band concert, who made a spectacular appearance on the scene.

Parents say they brought their children to the concert to show them the love of the country:

"We came because it is a special day, we decided to celebrate along with our children and, simply, come and support all the inhabitants of the city and the country. We want peace for our country."

The evening ended with a firework show that lasted several minutes.