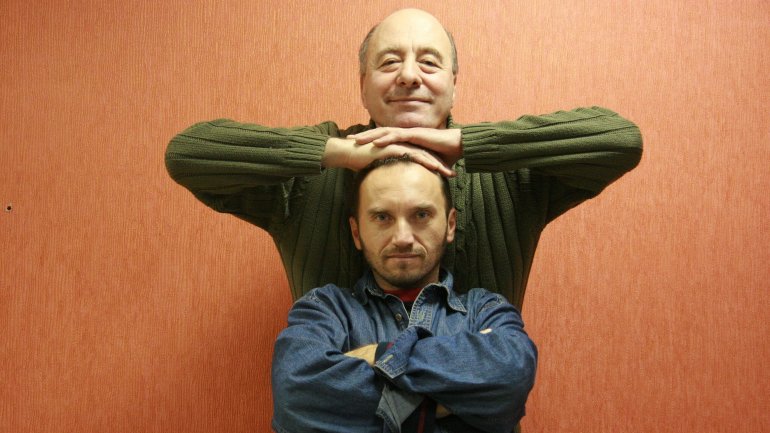 Firefighters from the entire country are protesting the desecration of the memory of their hero colleague, Ivan Nogailic, fallen recently on duty.

Several dozen rescuers, who participated in the liquidation of the devastating fire on the Uzinelor street, protested in front of the TV station Jurnal TV of the fugitive mobster Victor Topa.

This happened after the two moderators of the show "Ora de ras" made fun of the firefighters work and mocked the deceased firefighter family drama.

With placards in hand and in silence, firefighters spent several minutes in front of the TV station to transmit Jurnal TV employees to cease to mock the rescuers' pain.

"We came with our colleagues here to express our regret that the name of our colleague, our hero who died in the devastating fire on Uzinelor street, has been used in a satirical program. Our colleague gave his life on duty for the entire nation, "said firefighter Emilian Ilasciuc.

"We are outraged that  in our country, at a satirical show, the topic for discussion on that show to be the fireman's death, our colleague, because here are those boys who worked directly into the fire outbreak and the fire on Uzinelor street. It wasn't the case to  ridicule our case" said another firefighter.

Another firefighter, Dmitri Polscin, wrote on Facebook that the Civil Protection and Emergency Situations Service lost a colleague who saved people, and those from Jurnal TV mocked the sufferings of the family of deceased hero.

At the same time, on social networks was started an online request which continues to be signed by netizens, through which is requested the sanction of those from Jurnal TV.

The show "Ora de ras" from Jurnal TV disregarded the pain of the family and presented the case of the hero Ion Nogailic in a satirical way. Moreover, they taunted that the young firefighter had to return a home loan.

Cheianu and Durbala criticized the Government's decision to grant an order posthumously to the hero firefighter, and the decision of the founder of Edelweiss Foundation, Vlad Plahotniuc, to donate 300,000 lei for family hero killed in action. This amount was the remaining debt of the deceased firefighter family for a housing loan.

On 11 November 2016, in the result of the devastating fire from Ciocana, the firefighter Ion Nogailic lost his life. The 28-years-old young rescuer, father of two children, because of low visibility, fell into the void from a height of 3.5 meters.

His body was removed from the building by his comrades, after his colleagues struggled for minutes on end to unlock him out of there.

The hero Ion Nogailic, who died on duty, was sent on his last way with military honors.

It is not the first time when people protest in front of Jurnal TV. This summer several residents of Orhei chanted in front of the TV station, after journalists from Jurnal TV used offending words in their address.

In the show "Ora de Ras" the Orhei residents were called "stray" and "idiots" for their protests asking the freeing of Orhei mayor.