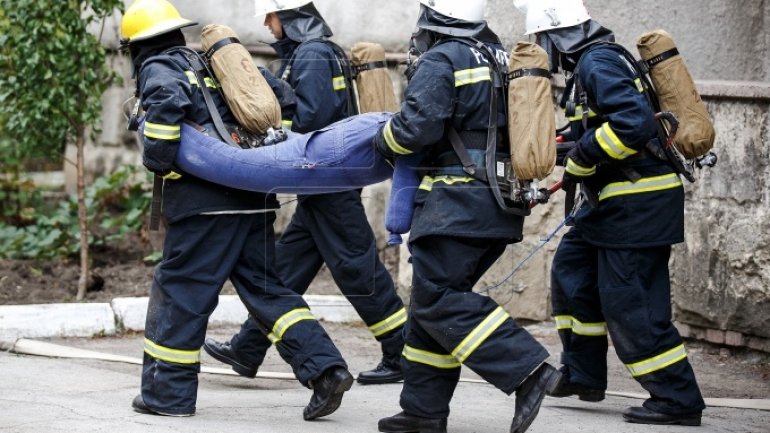 One needs to be prepared, in order to be able to save someone from the flames. Over 80 firefighters have tested their abilities in a competition organized in the Capital. The hardest test was for them to go in a maze filled with smoke and finding a faucet in the dark.

It required some firefighters to spend up to 20 minutes in the building to complete the task.

"It was very narrow, no proper access and along the maze there were multiple obstacles, such as tires, not mentioning the smoke and darkness" officer Adrian Onofrei stated.

The 7 firefighting team were also made to save a person stuck on the third floor of a burning building.

Firefighters also had to run a 100 meter filled with obstacles.

"The equipment itself weights 20 kg, of course you will get tires climbing the stairs with it" .

"We are preparing for real situations that could happen. So that we know what to do".

In the second day of the competition will participate another 11 firefighters team. This year the tasks were organized to be more complicated.

"A teams are made up of four people. This competition is organized every year and the winner is proclaimed the Firefighter Champion" chief of civil protection and emergency situations service, Oleg Malaşevschi declared.

Within the civil protection and emergency situations service operates two thousand firefighters. Since the beginning of the year there were 1088 fires all over Moldova, resulting with 48 deceased.