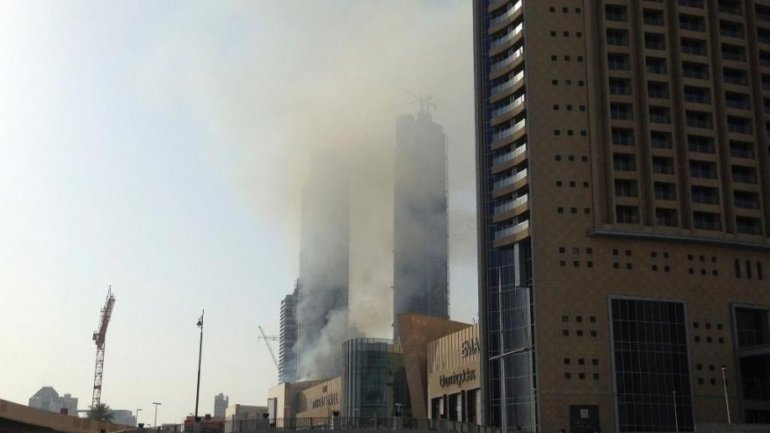 An inferno burned early Sunday in a high-rise tower complex being built alongside Dubai's largest mall, its thick black smoke shrouding the world's tallest building nearby in this desert metropolis where skyscraper blazes remain a worry, according to wbtv.com.

Though authorities said the fire caused no injuries, the blaze happened just a block away from the 63-story The Address Downtown Dubai tower, which burned in an inferno seen around the world on New Year's Eve on 2015.

Sunday's fire at The Address Residences Fountain Views complex began around 5:30 a.m., just before sunrise. Maj. Gen. Rashid Thani al-Matrooshi, the director-general of Dubai Civil Defense, described the fire as an "accident" that started in a parking level of the Fountain Views building. He did not immediately offer a cause.

Dubai Civil Defense also posted a picture online of three workers it said it rescued from inside the structure. It said the men were taken to a hospital to be examined.

Anthea Ayache, who witnessed the blaze, said firefighters responded quickly and many construction workers were nearby watching the fire from a safe distance.
AFLĂ imediat Știrile Publika.MD. Intră pe Telegram