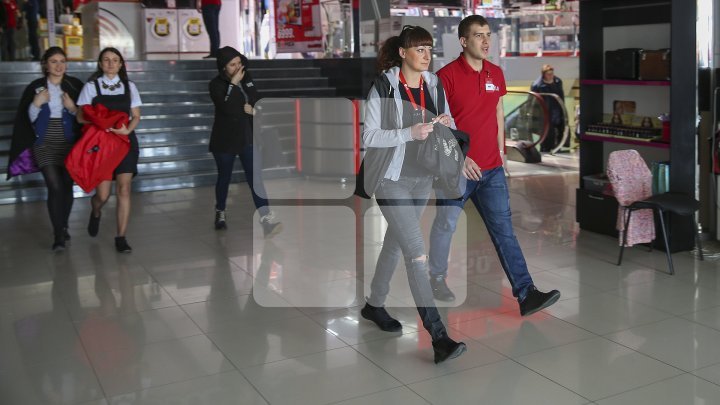 Fire alarm was set off in a commercial center in the Capital, people evacuated immediately. A fire rescue training has been organized by the firefighters.

"Attention, fire danger! Get out of the building!"

People inside the building rushed out in just a few minutes. The guards remain until everybody left the commercial center.

"We need such exercise, especially after the incident in Russia".

The manager of the building says the Russia's incident set off alarm about fire danger which could break out anytime, and the training is about to check the fire rescue system.

"After the incident in Russia, we've carried out extensive investigation of the security system. This simulation is very useful. Practical lessons are better than the theory", said Denis Cernei, manager of the commercial center.

Following the tragedy in Kemerovo, Prime Minister Pavel Philip has asked all responsible institutions to check compliance with fire regulations in all recreation facilities. The prime minister also called for joint teams to be set up to control access routes for ambulances and motorcycles.