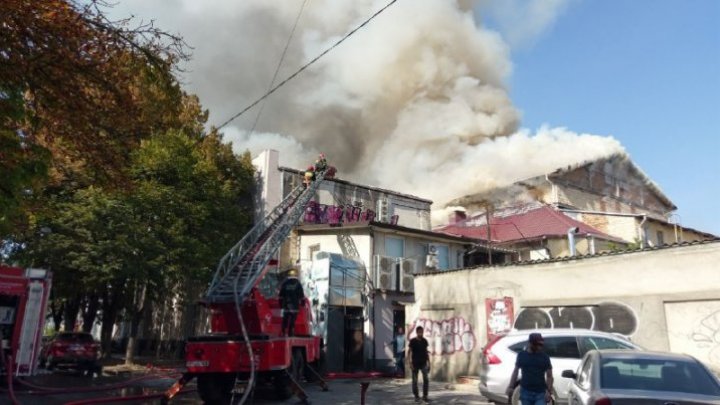 Roof of the National Philharmonic caught fire this afternoon. Fortunately, no casualties have been reported so far. The employees of the Philharmonic would have managed to leave the building until the arrival of the IGSU crews.

Specialists are yet to determine why the fire broke out.

According to preliminary data, the flames affected an estimated 3500 m2.

At the moment, firefighters are carrying out washing and dismantling work inside the building.

Firefighters will continue the intervention during the night.

The National Philharmonic of Moldova was founded in Chisinau in 1940 for the purpose of promoting musical creativity and artistry.