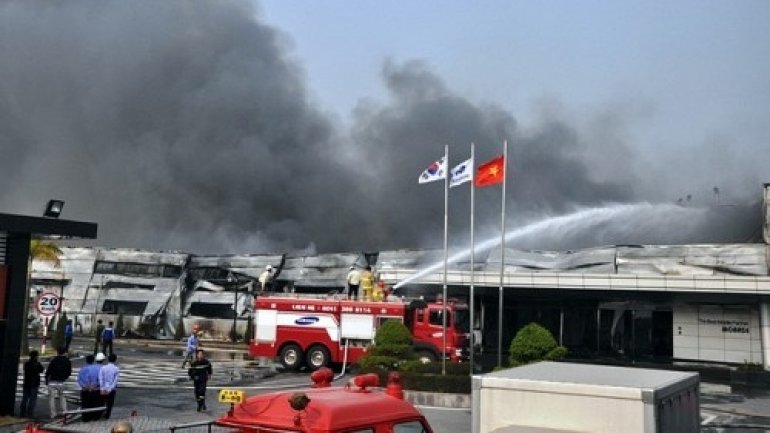 Samsung SDI Co., a supplier of batteries to explosion-prone Galaxy Note 7 smartphones, said a “minor fire” broke out at a plant in northern China but was quickly put out.

Pictures that were circulated on Weibo, a Twitter-like Chinese social media service, showed plumes of black smoke rising into the air from what users described as a plant operated by the affiliate of Samsung Electronics Co. in Tianjin. The fire didn’t affect production, spokesman Shin Yong-doo said on Wednesday.

The fire occurred at a waste depository, not a production facility, Shin said.

Samsung SDI was one of two battery suppliers for the Note 7 smartphones, which was eventually killed off after a global recall. Samsung Electronics this month completed a probe into the device and cited flaws in battery manufacturing and design for the fiasco.

SDI said this month is has invested about 150 billion won ($129 million) in safety and that its batteries will probably be used in Samsung Electronics’ next smartphone model, writes Bloomberg.
AFLĂ imediat Știrile Publika.MD. Intră pe Telegram