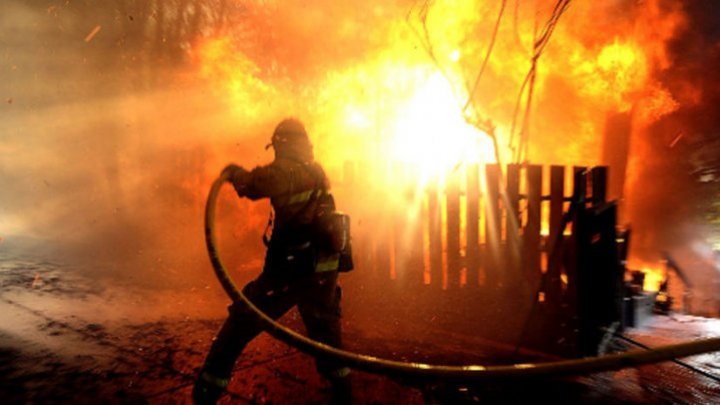 The roof of hay warehouse was crumbled after it had been fired. The fire occurred this morning in Parjolteni village, Calarasi district.

According to the firefighters, the fire has affected over 30 square meters of roof. Fortunately, nobody has suffered.

Firefighters have managed to save another 30 square meter of a building nearby, as the flame is likely to widen.

The people living nearby showed indignation that the firefighters arrived at the scene but did not intervene immediately to quench the flames.

According to the General Inspectorate for Emergency Situations, there was a technical failure at the time of the intervention which was then resolved in less than 3 minutes.