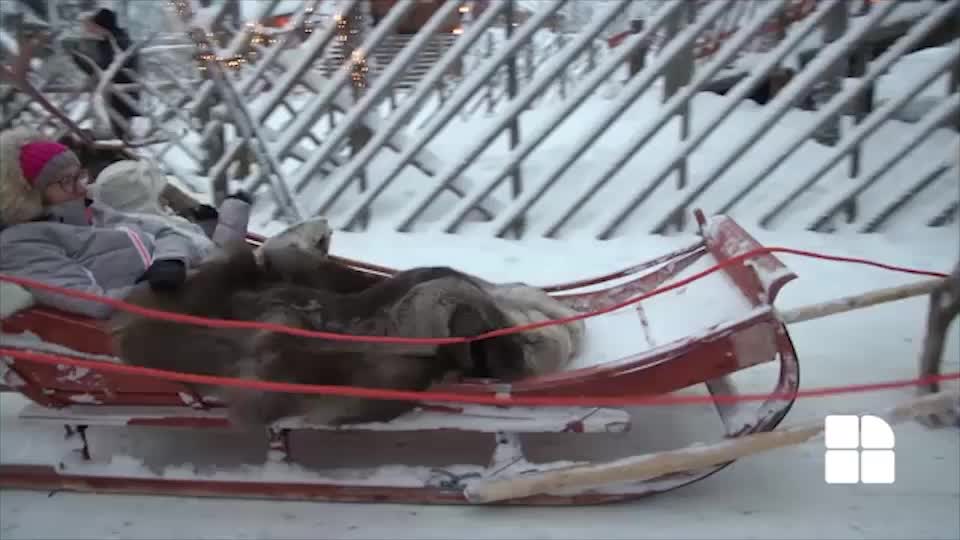 Winter tourism season is in full swing in Rovaniemi, the capital of Finnish Lapland, on the edge of the Arctic Circle.

According to the region's marketing company, Finnish Lapland saw about 2.9 million overnight stays in 2017, a nine percent rise on the previous year.

Total tourism demand in Lapland is estimated to be about one billion euros (approx. $1.15 billion USD).

But, now there's a warning from Finland's Inari-based Sami Parliament against some tourist destinations that utilize their unique culture, claiming it to be "misleading."

It's claimed Sami culture has been "commodified," often by non-Samis.

Sometimes elements of their culture are combined with "borrowed traditions" like igloos and husky sleds, or with fictional Lapland residents, like Santa Claus and elves.

This means a "big problem" for Sami culture, according to Johanna Alatorvinen, a communications secretary at the Finnish Sami Parliament.

"It's quite popular nowadays to travel to Lapland," she says.

"And if you're just here to see the Santa Claus and the elves, and if the Sami people are shown next to the Santa Claus and elves, then I think that is quite a big problem not to make the separation with the real people and then the people that are fairytale."

To combat what it believes to be "increased challenges" to its culture, the Inari-based Finnish Sami Parliament launched a "Culturally Responsible Sami Tourism Project."

One of the main objectives is to produce a set of guidelines for socially and culturally sustainable Sami tourism.

"And if we are just said to be a kind of mythical, or kind of creatures that live in Lapland that doesn't even really exist, it's quite hard to work with your culture and try for people to notice you and the real issues that we face here."

Not far from the Finnish Sami Parliament's Sajos building in Inari, about 300 kilometres north of Rovaniemi, Kaisu Nikula is busy working at the 81-year-old Tradition Hotel Kultahovi on the banks of the roaring River Juutua.

Nikula, who celebrates her own Sami heritage, says it's important to protect their culture. She and her staff try to present an authentic experience to visitors.

"It's really important to us, because it's our own culture," she says.

"We also like to protect it, we don't want to see it being abused. And I think that it's (a)really, really important issue, especially up here because we want to give tourists the genuine experience and not the made up one."

The Sami, once called the Lapps, are believed to have originated in Central Asia and migrated north at least 9,000 years ago. They are now scattered through Norway, Sweden, Finland and Russia.

The total Sami population is estimated to be over 75,000, with the majority living in Norway.

According to the Finnish Sami Parliament, there are about 10,000 Sami in Finland. Over 60 percent now live outside the Sami homeland.

For more than 200 years, they endured government efforts to wipe out their culture.

In recent decades, that policy has been replaced by a program of nurturing Sami culture, which has its own language and traditions.

"I think the Sami culture and the heritage that they have, it is really, really important and wonderful thing that we have," says Sanna Tarssanen, the managing director of House of Lapland, Lapland's official marketing house.