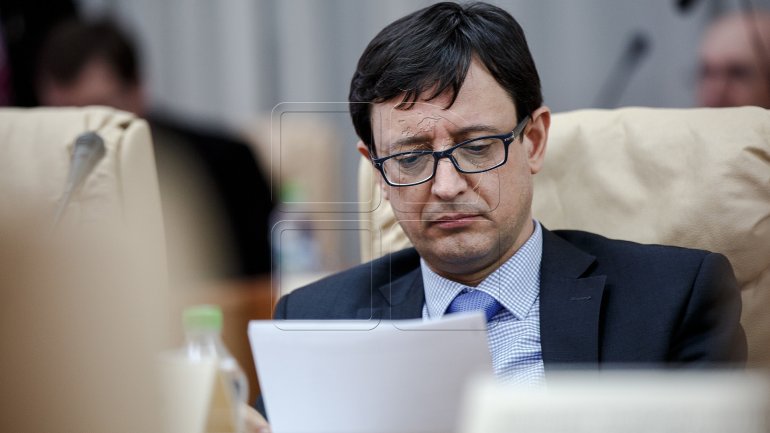 Moldova is very close to securing aid worth nearly $180 million from the International Monetary Fund and a date for approving it will be announced in the next few days, Finance Minister Octavian Armasu told Reuters on Thursday.

A government source had said on Thursday that the IMF had delayed new aid past Oct. 19, the date the government had expected to receive it, and would not disburse it at least until after the first round of the presidential election on Oct. 30.

Armasu said patience was required and that some of the technical processes involved for Moldova to meet the IMF's requirements were highly complex.

"Everything is going according to the agreed-upon plan and we have to wait just a little bit until all necessary information is prepared to put the issue to the IMF board meeting agenda," Armasu said.

The IMF and the European Union froze aid after a billion dollar corruption scandal plunged the country into turmoil last year. Moldova won conditional approval for a new three-year loan programme from the IMF in July, and is counting on IMF and EU loans to fill gaps in its 2016 state budget.

The ruling Democratic party, whose candidate trails in the election race, had touted the pending resumption of IMF aid as a vindication of its reform programme and a sign that Moldova was returning to stability.

The IMF is still waiting for Moldova to complete certain "prior actions" relating to the financial sector before the loan programme can be approved.

Since July, authorities have made "significant progress in implementing the agreed prior actions needed for the IMF Executive Board to consider the program," Armine Khachatryan, the IMF's representative in Moldova, said in a statement.

"A date for the meeting of the Executive Board will be set following the implementation of all prior actions. No postponements have been made."

The new IMF programme would be the first to be approved since 2010, and aims to foster swift improvements in financial sector governance and supervision. A green light will unlock further aid from the EU and the World Bank.

Armasu stressed that the date for the IMF disbursing aid was unrelated to this month's election.

"The government has already done all the most difficult work to secure the program with the IMF," he said.
AFLĂ imediat Știrile Publika.MD. Intră pe Telegram