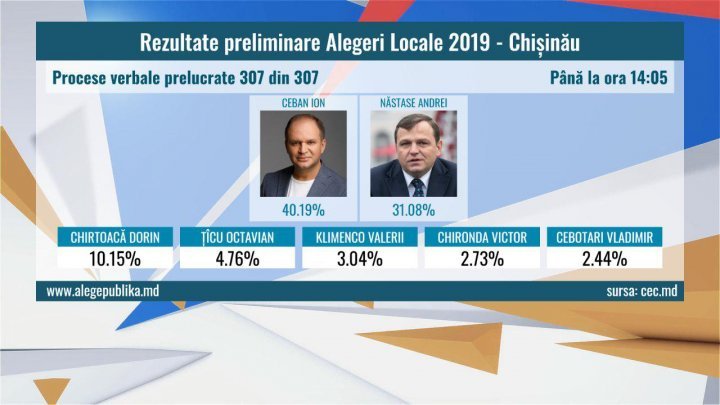 Following the processing of 307 official reports, the candidates for Chisinau mayoralty obtained the percentage of votes as below:

According to the Electoral Code, after the second round of election, the candidate who will gain the most votes will win the race for Chisinau mayoralty regardless of the number of voters who participate in the poll.